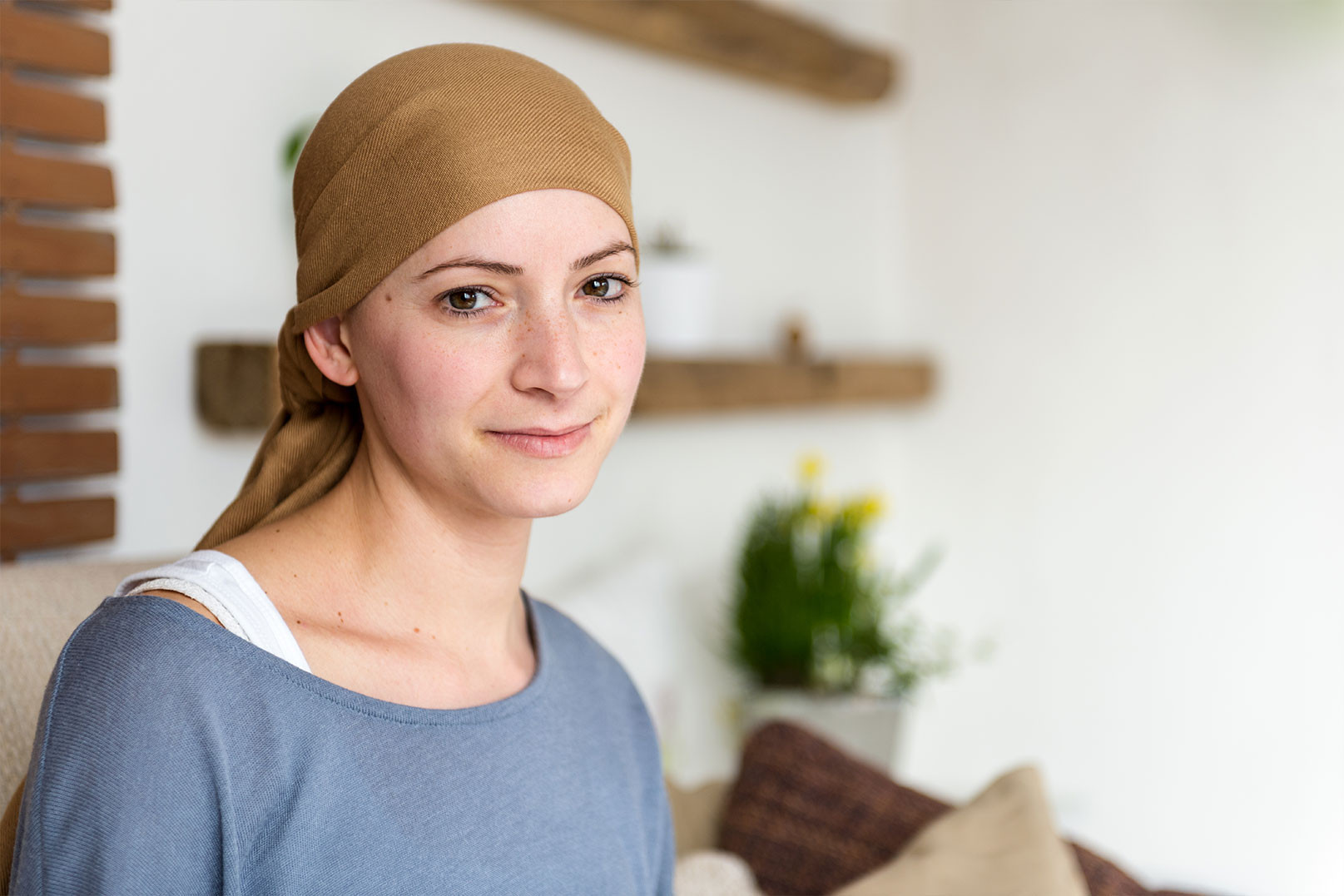 Nowadays, ovarian cancer takes fifth place among female oncological diseases and, unfortunately, the first place with mortality numbers. Another sad fact of ovarian cancer is the younger age of patients. In recent years, this disease is often diagnosed in women under 30. Such sad statistics have led to the fact that today women suffering from this disease are more and more often considering the possibility of treating ovarian cancer abroad. The likelihood that treatment will give a positive result at its early detection is very high, and leading oncologists and surgeons sometimes carry out treatment courses and surgeries exactly abroad. This article summarizes the basic facts about ovarian cancer, along with signs of the disease and available modern treatment methods.

As with many other types of oncology, the main cause of ovarian cancer is heredity. It accounts for about 9-10% of all cases of this disease. In other cases, the disease occurs sporadically, which means that its causes are individual for each patient. The main difficulty in diagnosing ovarian cancer is the fact that the development of the disease can proceed without pronounced symptoms for a long time. As a rule, visible signs of ovarian cancer appear only at the 3rd and 4th stages of the disease, and reflect in the following symptoms:


But even these symptoms are not always enough for women to decide to consult a gynecologist or oncologist. The problem is that these symptoms of ovarian cancer, women often confuse with signs of other less dangerous diseases.

The first stage (I) is characterized by damage to only the ovaries:

The second stage (II). The tumor spreads to the pelvic organs.

The third stage (III). Metastases in the abdominal cavity, liver, kidneys, inguinal, lumbar lymph nodes and other organs outside the pelvic area.

The fourth stage (IV). Metastases in organs that are distant from the pelvic and abdominal organs.

Today in medicine, 3 types of ovarian cancer are classified:


Types of malignancies in ovarian cancer

There are 2 main types of ovarian malignancies: epithelial and non-epithelial.

Numerous studies by oncologists from around the world have shown a direct positive relationship between the following factors and the low likelihood of appearance ovarian cancer in women:


Diagnosis of ovarian cancer at the Caucasus Medical Center

Early diagnosis of ovarian cancer can cure women who have been diagnosed with stage 2 of disease in 50-70% of cases. Patients with stage 1 ovarian cancer undergo successful treatment in 70-90% of cases and avoid relapse in the next 5 years. A major role in the timely diagnosis of the disease is played by the professionalism of doctors and the availability of modern diagnostic equipment. The Caucasus Medical Center uses the most modern and high-tech equipment to examine patients. The center has its own laboratory, in which relevant studies will be carried out to patients as soon as possible. Here you can undergo the following types of examinations:

Nowadays, for the purposes of treatment of ovarian cancer in many countries of the world are used the following methods: surgical treatment, chemo-radiotherapy. Sometimes a combination of two treatments is the most effective, for example: surgical and chemical. The best option, of course, will be selected by your attending physician, after a thorough examination and all the tests. When choosing a method of treatment, the doctor will also take into account the general condition of the patient, the presence of other diseases or other medical indications. At the Caucasus Medical Center, ovarian cancer is treated in several departments: gynecological, oncological and surgical. Being under the supervision of professional doctors of international qualifications of the Caucasian Medical Center, you will not only receive first-class medical care, but also the most attentive approach and the best course of treatment depending on the stage of your disease.

In most cases, ovarian cancer is treated surgically. Tumor and all metastases that came from this tumor are removed. In more complex cases, it is needed to completely remove the ovary, and sometimes the uterus. A positive outcome of the operation depends on the qualification of the surgeon and the professionalism of the team. Sometimes such a doctor is located in another country, and then many women go to treat ovarian cancer abroad. The Caucasus Medical Center has created all the conditions for the reception of foreign patients. Patients with ovarian cancer will receive high-quality surgical treatment here. The team of oncological surgeons of the Caucasus Medical Center conducts the widest range of operations and has very high rates of successful treatment for a number of complex diseases.

Radiotherapy, or as it is also called radiation therapy, is a method of treating cancer, in which the area of the disease is targeted by high-energy x-rays. In the process of radiotherapy, gradual destruction of cancer cells happens. At the Caucasus Medical Center, radiotherapy for patients with ovarian cancer is carried out under the supervision of highly qualified oncologists and gynecologists. As a rule, in the early days of radiotherapy, patients feel severe weakness, nausea, and stool disorders. Patients undergoing radiotherapy receive the best attention. And all the staff from doctors to nurses will do everything possible to make the patient feel that during these difficult days, real professionals are taking care of her.

In the initial stages of ovarian cancer, chemotherapy is often the main treatment for this disease. At later stages of the disease, it is only an auxiliary method, for the surgical method of treatment and for radiotherapy. Chemotherapy is prescribed at the stages of the disease from IC and further. Oncologist selects chemotherapy treatment. Chemotherapy plays a very important role in the postoperative period of treatment of patients with ovarian cancer. As it is precisely the success of the course of postoperative chemotherapy that determines whether a woman will have relapses or not. Chemotherapy at the Caucasus Medical Center is carried out by doctors of the highly qualified doctors, who have extensive experience in treating cancer patients not only in the Caucasus region but also in several European countries. 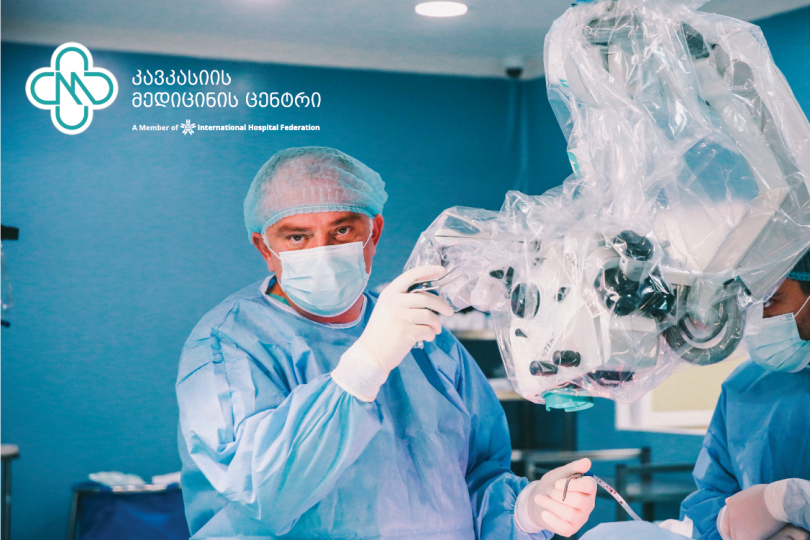